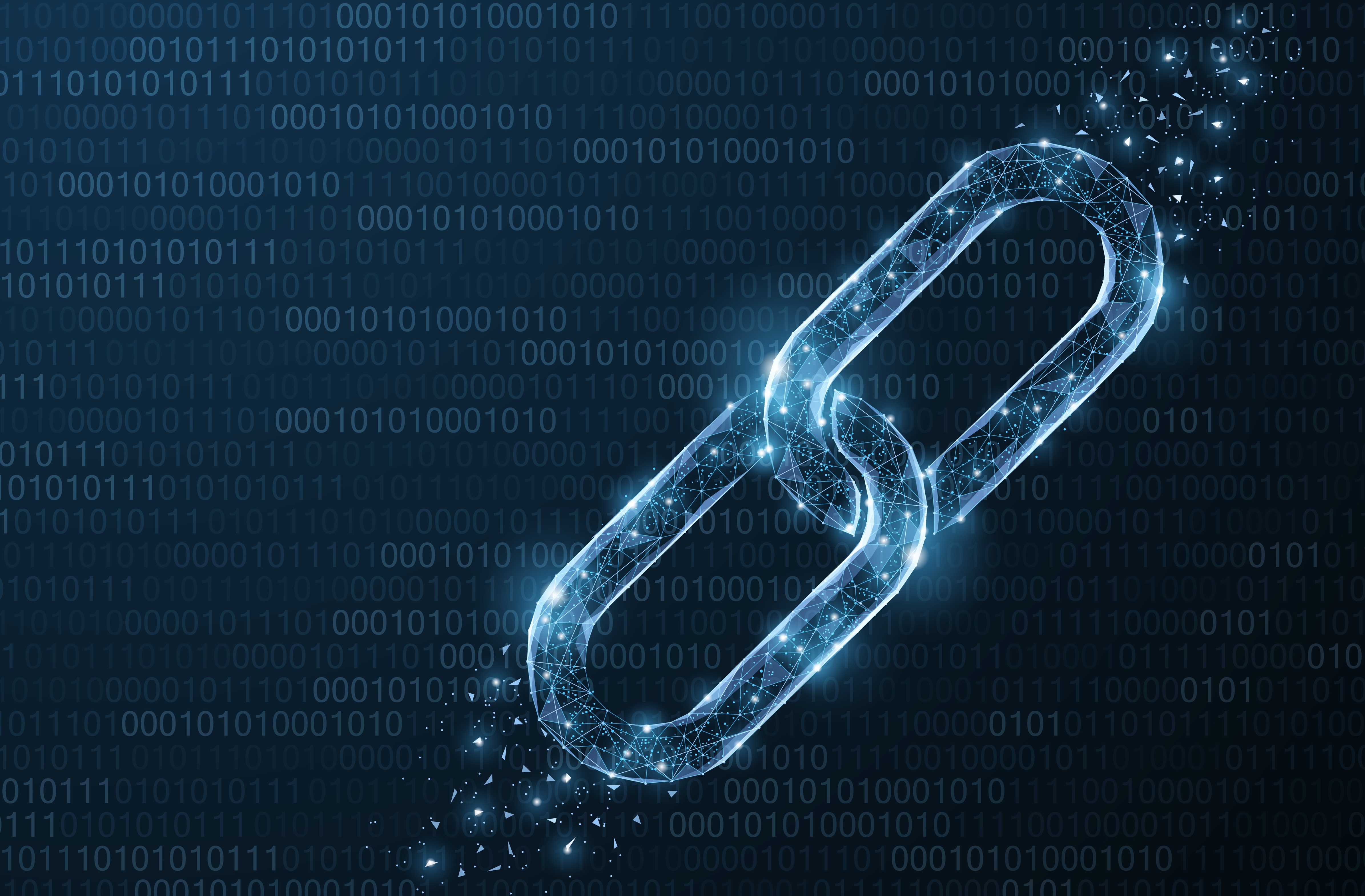 Is the world becoming more or less free? Some say less, citing examples like the growing surveillance by governments in major countries like China and the US.

Which “powers” are being threatened by the internet?

There are three major powers that are slowly losing the leverage they have over society, thanks to the rise of the internet. Let’s refer to them as Government, Big Business and the Financial Cartel.

Government and Big Business are self explanatory. The Financial Cartel includes the Federal Reserve and other central banks of the world, plus the gatekeepers and intermediaries of finance. These intermediaries include Visa, PayPal, and stock exchanges. If you want to spend, accept, borrow, lend, or invest money, you have to go through one (or more) more financial institutions. Some of them also happen to be private interests, like Visa, who is the wealthiest company by market cap in 2021 according to this article

To understand how these entities are losing some of their leverage over society, we need to examine how exactly they exercise power.

2. Use of violence3. Controlling public perception

1. Selling products and services that people rely on

2. Selling products and services that Government relies on

3. Using their resources to lobby the government

4. Creating and leveraging competitive advantages over other players in the market place

You’ll notice two things are common with all of them: they get power 1) through their relationships with each other, and 2) by controlling public perception.
‍

Its a big, happy, backscratching club at the top. The government relies on Big Business for their services, such as energy, arms, and cloud computing to keep the troves of surveillance data they’re gathering on the citizens of Earth. This means private interests not only have some negotiating power, but are also consultants for the government.

Whether you want to consider the Federal Reserve part of the government or not is up to you. Either way, the point remains the same. The Fed relies on the major banks to control credit rates, and to add and subtract money from the system. They work directly with Congress on monetary policy.

For the last several decades, nobody has had more control over public perception than the press/media, particularly the media conglomerates that have their tentacles in everything from mainstream news to music and film.

They’ve had their own bargaining power with Government, because they have influence over how the masses perceive Government’s words and actions. This is one example of Big Business’s power over public perception.

All businesses rely on PR, and ones worth billions need more PR. Their PR strategies include advertising and press releases. Media and social media companies are in a unique position, in that they are the main sources of info for a lot of Americans. That means that much of PR goes through their platforms.

To understand just how adept they are at controlling public perception, just realize that advertising is where they make their billions. Companies wouldn’t pay that kind of money for advertising if it didn’t influence consumer beliefs and behavior.

The Financial Cartel, on the other hand, uses their power over public perception to manipulate the economy. Some would say that the most valuable tool in the Fed’s toolbox is not interest rates or money supply, but sentiment. For example, fear of inflation or scarcity can actually cause inflation ad scarcity (see bank runs for a historical example).

As long as the masses have faith in the dollar and continue to use it, the Financial Cartel and the Government have economic power. But faith is dwindling, as is tolerance for a system that enriches the rich, taxes people for saving money (interest rates lower than inflation rates = depreciation of money saved), sets up barriers to entry to investment markets, and restricts our economic freedom.

Along came the internet

The first trend we see with the internet, starting in the 1990s, is a new way to exchange information. The internet has increased the availability of info and lowered the cost of distributing it.

Before the internet, you had to physically print info somehow, or put in video or audio format, or speak it aloud. The costs of any of these options is large (although costs have come down in recent years, partly thanks to the internet), so most of the info the public had access to went through a few sources.

Now, you can launch a basic web page for what amounts to a few dollars per month in hosting fees. A service like WordPress (not recommended for businesses, but okay for things like blogs) only costs$10-20/month and no programming skills are needed to get your site up and running. With traditional publishing, though, you have to print a minimum number of books that reach a maximum number of people. Not everybody can afford this, so its up to publishers to decide what gets distributed. The same goes for newspapers and magazines.

The second trend to take note of is E-commerce. Now anybody can sell to anybody. This undermines the power of Big Business, who enjoys competitive advantages from things like:

All of these advantages still exist, but the advantage they offer is lessening.

The internet has, in many ways, not changed things. The vast majority of internet use goes through a small handful of gatekeepers, like Google, Amazon, and Facebook. See this article about the most used websites

As far as info goes, major media publications are still the most heard, whether it's through Google (and its subsidiary YouTube) or Facebook. Online transactions still widely go through a small handful of processors like PayPal or Visa.

Its hard to say whether the first couple decades of the internet have really transferred power to the people or not. The third decade and the years ahead look like a different story, though.

In 2021, it’s easier than ever to make money sharing info. You can, for example, start a newsletter and charge $1/month. 1000 subscribers = $1000, and that can be for sending out one single email. Or, you can use the selfie camera on your smart phone to shoot a video of yourself talking and upload it to YouTube for 1.5 million views.

Just don’t violate the Terms of Service or YouTube won’t share the profits from your content with you. Gatekeepers do still exist. And that’s one of the main problems that blockchain and cryptocurrency seek to address.

What if you could accept peer-to-peer payments that nobody could tamper with or even see? No intermediary fee, no third party regulation. With blockchain, intermediaries are basically being automated. This leads to lower transaction costs, faster transaction speeds, and the removal of third party gatekeepers who restrict how we do business with each other.

Despite the fact that it’s undermining their power, there’s little the powers-that-be can do about it. Blockchain is a distributed ledger that can’t be shut off, because it doesn’t exist on a central server. It exists everywhere there is a node, which is really just a device that uses the blockchain. As long as the internet exists, so does blockchain.

What it all means for small businesses

Marketing, too, is greatly affected by this; after all, marketing is just an exchange of information. In years past, there was a massive barrier to entry for advertising. There was also a low return on marketing mediums like TV and radio that some small businesses couldn’t justify.

You can see this in-depth explanation of how the internet has changed marketing for the better.

As we’ve said multiple times and will continue to say, your most important measure for marketing success is cost effectiveness. Your profits are the difference between your Cost-Per-Lead/Cost-Per-Sale metrics, and the price of your average sale. You want to maximize this difference, which means you need to invest in marketing that provides bang for your buck. The internet lets you do this by offering targeted marketing. You find the best leads, and you don’t have to pay to advertise to unqualified leads.

There’s also E-commerce to consider. Your service area is no longer limited to the area your business is based in. You don’t need massive infrastructure or scale of economies to provide value to customers that are 2,000 miles away. All you really need is a shipping agreement and a functional website with a quality user experience.

For help with developing E-commerce resources or building a cost-effective marketing funnel, businesses in the Snohomish area can contact Inquisitek.

8 questions to help you assess the effectiveness of your marketing