How will blockchain affect online business? 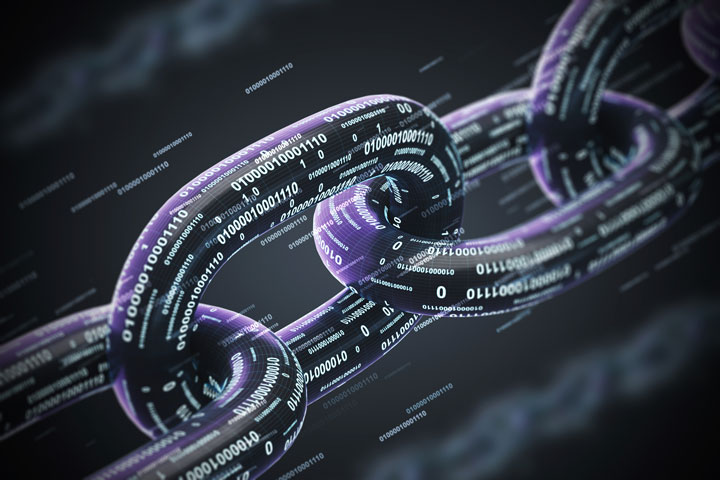 Markets are constantly transforming due to new technology. The most relevant example in our age is the internet. In the 1990’s, just before the internet became a household staple, many people didn’t realize its business applications, nor did they think it would become so widely used.

Like the internet once was, blockchain tech is an idea shrouded in mystery and existing on the fringe of modern society. The term is commonplace and its implications are huge, but few understand it and many overlook it. But should we be? Is doing so going to make us late to the next big party.

Like most advancements, online business brought its own brand new set of complications: the threat of hacking, lack of transparency (think of Facebook and the Cambridge Analytica scandal), privacy violations(again, think of Facebook), the need for expensive and inefficient third party oversight and regulation. Old business problems like fraud persist, too, but in creative new forms adapted to new mediums.

Blockchainis a new and improved system to enact transactions and exchanges ---more reliable, more efficient, more secure. This applies to more than just payment. Think of it this way: online payments, whether in the form of a cryptocurrency like Bitcoin, or through a system like PayPal, are just an exchange of information. So blockchain can also be used to exchange other forms of information.

Imagine if you could run a tamper-proof, permanent ledger of exchanges that offered total privacy as needed. Imagine you could develop it internally, at low cost, and it could be tailored to suit the needs of you and your customers. Finally, imagine you have 100% control over permissibilty -- that no user or third party could dictate the terms of use, regulate it in any way, or access it with you granting them permission.‍

Blockchain functions as a decentralized permanent ledger in the form of a chain of data units, known as blocks. Data is added to a block over time and, once it reaches capacity, a block is added to the end of the chain. What makes the ledger so permanent is that each block is a totally unique composite of transactions. Additionally, once a block is added to the chain, it has to sync up with both the previous and seceding blocks in the chain. The chain can only be added to ---existing units cannot be modified. This creates a permanent record.And the chain can only be added to or viewed by those who have been granted access within the parameters of the blockchain application.

Tampering with the existing records is difficult; tampering without leaving a trace is nearly impossible, as it would affect the adjacent blocks, and thus disrupt the integrity of the whole chain. Crypto currency has been a decade long trial run of blockchain technology, and in the past few years, blockchain has been put to use in other ways. Building on the success of cryptocurrencies like blockchain, new players have entered the market. Platforms like Ethereum now provide a way to build blockchain programs like smart contracts and dApps (decentralized apps).‍

Decentralized apps bring additional layers of complexity and functionality.  In essence, they’re a compilation of smart contract functions coming together to create more complex functions. They’re full-blown applications with user interfaces and complex functionality. You can keep all this in digestible terms by thinking of smart contracts as parameters for the exchange of information. So, as an example, a dApp might provide access to information for a payment of cryptocurrency.Every time a user of the dApp purchases access, they’re participating in a smart contract.

The apps are decentralized in the sense that they are not stored on a central server. Instead, they are kept in real time by peers of the private system. Because of this, they are not accessible to outsiders, and not regulated by a central authority.

DApps and smart contracts are more efficient and more secure. One major function that smart contracts can handle is escrow: a bit of information -- whether its payment or some other form of valuable data -- can stay suspended in between parties until certain conditions are met. Time restraints can be set, so that if the conditions are not met in a certain period, the data or money defaults back to the original owner. Additionally, smart contracts and dApps can be open source, which means that anybody can access the code at any time and verify that it functions as promised.

This obviously works well with crowdfunding applications, creating total transparency and eliminating the need for a third party, who could dictate terms or demand payment for services. It also adds a new level of trust to e-commerce. For example, a seller can wait for payment to enter escrow before shipping a product, and that payment can stay in escrow until delivery is verified. Thus, the parameters guarantee fulfillment on both ends, so there’s no need for third-party oversight.‍

Bringing blockchain into your business

Modern commerce is heavily reliant on third party oversight, both by government and private business interests such as PayPal, Visa and escrow services. Blockchain marks a turning away from this paradigm.The major transition with blockchain is that accountability does not need to be enforced; rather, it is built into the terms and conditions of a transaction.

Transparency is key. Participating parties need to take it upon themselves to understand how a smart contract or dApp works, rather than relying on authorities to interpret it and provide oversight. Blockchain can be used in as many ways as businesses are creative enough to conceive and implement.

Smart contracts and dApps can be built on exising blockchain systems like Ethereum and Litecoin, using coding languages similar to Javascript, such as Solidity.  Apps like these allow businesses and consumers to interact on a peer-to-peer basis with complete transparency and accountability. Any sort of data exchange can be facilitated using blockchain tech, and each transaction is stored in a permanent record for future reference.

The only thing holding us back from implementing these systems is a lack of knowledge about them and, consequently, popularity. By creating these applications and helping others understand their usefulness, we can usher in a new system of online exchange, one that is more efficient,more secure, and more cost effective. It all starts with understanding.

Blockchain programming is a growing field. You can develop your own customized dApps and smart contracts by contacting a professional programmer, or buld the skills on your own. To deepen your own understanding, there are many tutorials available explaining the development of smart contracts and dApps, like this free video here.

As we seek to understand the role that blockchain can play in modern commerce in the coming months, we’d like to know what you want to know about it. Comment below to share your questions. We’ll do our best our answer them in future posts.

Can the DOJ’s anti-trust case against Google change the internet?

How the social media landscape is changing

The impact of COVID-19 on the local economy

A basic approach to taking quality pictures for your website