Free speech is impossible without privacy Why 3A, 4A & 5A are essential to free speech 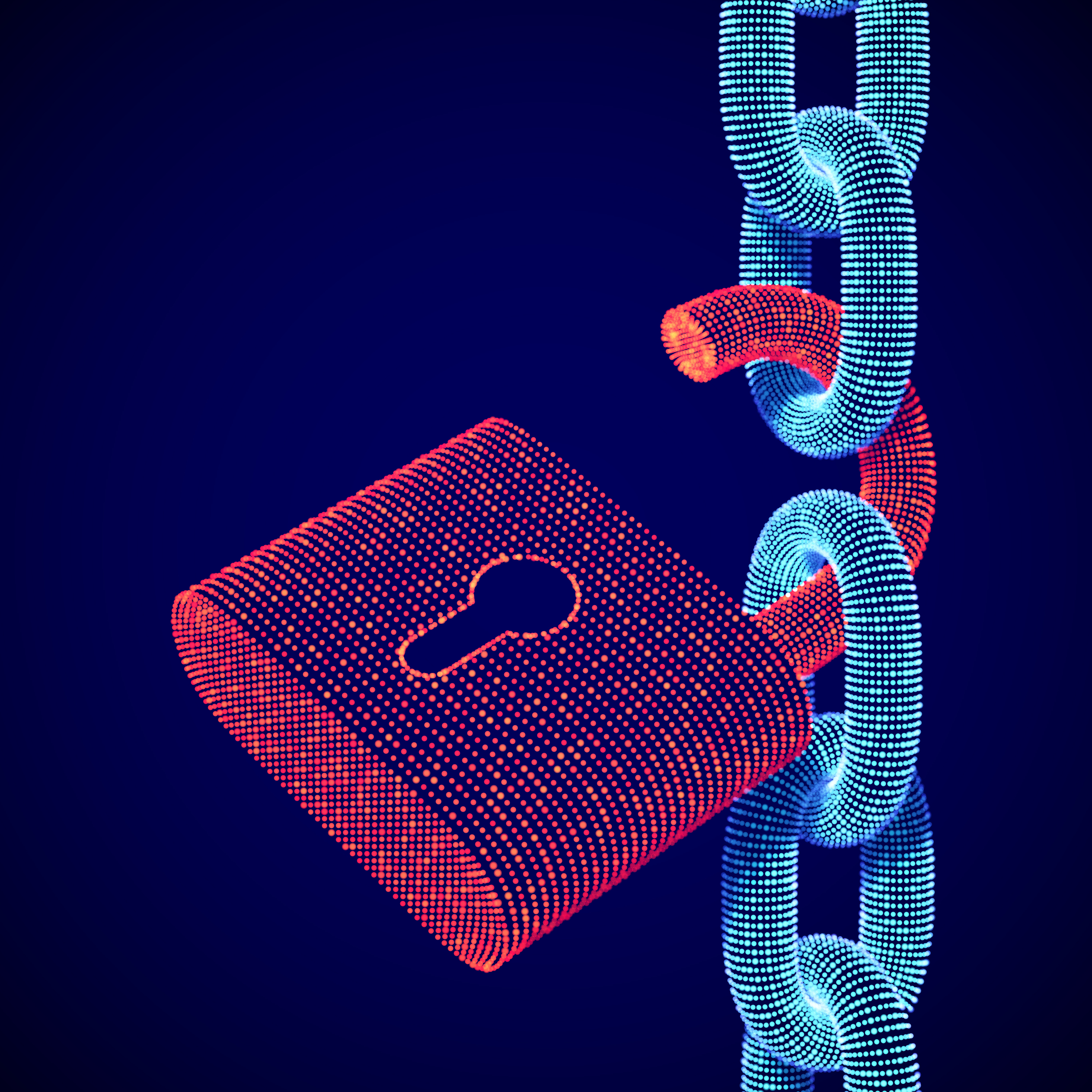 We can go down the list of ways that free speech is being violated, and I know that many of us often do. But I say we don’t do this often enough, nor is our analysis thorough enough. It’s not enough to just have free speech protected from government infringement by 1A. We need to understand why the Founding Fathers felt free speech was so important, and how exactly it can be preserved.

There are other forces at play, besides a tyrannical government, that can make it difficult or dangerous to practice free speech in public. That’s why true free speech and all its benefits (such as diversity of thought) need to be supported by privacy. And that’s why privacy and personal autonomy rank so high in the Bill of Rights --- namely in the Third, Fourth and Fifth Amendments:

5A says you should be protected from self-incrimination

But its not enough to just know what the Amendments say. Within every Amendment, there’s an important lesson to be learned ---- a value to be internalized --- about how we should conduct ourselves if we want to preserve personal liberty.

Your words, legal or not, can be used against you

Even when free speech is perfectly legal, exercising it in public can be harmful to your best interests. You can be fired for what you say. You can be investigated for what you say. And despite the fact that you’re “allowed” to say whatever you want, law enforcement can and will build a criminal case against you based on your words.

This is just the reality of living in society. There are limits to personal privacy, but that doesn’t mean its okay to just let privacy fade quietly into the night. Free speech and its benefits will go right along with it. The whole point is that some level of privacy is absolutely necessary, and we seem to have lost sight of that as a society. Privacy is not a perk or a privilege. It’s an imperative to personal liberty.

There can be no true diversity of thought without a private place to speak freely.

That’s what 3A-5A are meant to protect. And that’s exactly what we don’t have today, in the modern surveillance state. How can you freely express a criticism against the government in your own home when there’s a soldier stationed there?

I know there’s not literally a soldier sitting in your living room, but there’s multiple microphones there that a “soldier” can listen to. That’s hardly different. Furthermore, that doesn’t sound “secure in your person, house, papers, and effects, against unreasonable searches and seizures.” They’re “seizing” your own “effects” (cellphones, computers, etc) to use them against you --- to circumvent your 4A and 5Arights at best, and violate them directly at worst.

They can and do do it all the time. See the Patriot Act. Joseph Snowden exposed it several years ago. You’re not secure in your own home. In fact, you’re not secure anywhere, anymore, if you have any communication tech with you or even around you

. I expect this is the part where some people will respond with, “if you’re not talking about anything illegal, why does it matter?” Well, here’s the abridged version of why it matters:

What used to be legal is now illegal, talking about committing crimes can get you arrested (even when you don’t commit them), and of course, your words can be taken out of context to create an entirely false impression of intent. This can be used to prosecute you. This isn’t just a possibility. It’s a common occurrence in law enforcement.

The best and worst case scenarios on our current trajectory

If we continue to let Big Tech into our private affairs as they please, where will that take us? The best case scenario I can imagine is this: They continue to mine our data, building more and more extensive profiles on each of us. Their ability to collect data and use it to make money will become more advanced, and they’ll get more creative in the ways it can be used to increase wealth and power, within the current laws.

On the bright side, laws will hopefully remain that limit what they can do, and the government will hopefully be careful and selective about how they violate our privacy. Some consumers will reduce their reliance on Big Tech, but most will either remain unaware of the problem or simply won’t care enough to set real boundaries.

The worst case scenario includes all of the above, and more: Big Tech will partner directly with the surveillance state, and lobby successfully to pass laws that grant them total and permanent immunity for their actions. These entities will effectively merge, running full time surveillance on every person in the US. Devices will be installed everywhere (think 5G), so that even when you don’t have a personal device on you, you’re being monitored.

They will use the data they gather on you not only to target you with ads, but also to determine what you’re receptive to, and how to effectively use propaganda on you to get you to think how they want you to. More and more standards will be imposed upon what you can discuss, and these standards are defined by a very select few.

So where do we currently project to land in regards to best and worst case scenarios? I’d say somewhere in the middle, but if anything, we’re closer to the worst case. If any of it sounds far fetched, consider this: it’s all already happening to some degree. Big Tech does provide data to government surveillance. They do lobby Congress to get laws that favor them. They do gather all the data they possibly can through every channel available (see: what does Big Tech know about you?). That's the business model. It's how they make money.

And when it comes to monitoring users for the purpose of tailoring propaganda, this is exactly what they offer advertisers. This is how they make money with advertising, which is the primary source of income for Google and Facebook. And there’s no reason to think that they’ll quit pushing the envelope in that field.

Amendments are just words unless we live like they’re imperatives

The point I’m illustrating is how fundamental privacy is, and that we’re letting it erode. This is mostly due to our choices as consumers. There’s a simple practical solution to this, but we first need to acknowledge the problem. We’velet1A get trampled all over by first letting 3A-5A get trampled allover. We’ve welcomed the surveillance state into our homes.

We didn’t quite know what we were doing. We didn’t really think hard about it. When it comes to communication technology --- the internet, smart phones and social media, specifically, we’ve acted as barely conscious consumers. There’s been little to no thought about the consequences of our consumer choices. We didn’t know we needed to think about it .It’s not a secret, anymore, that the government is spying on us, everywhere, even in our own homes.

It’s not a secret that they can access the troves of personal data that Big Tech stores on every user. If you actually believe government tyranny is a real threat, it now seems pretty silly that we’ve let private interests invade our privacy simply because they weren’t the government. Modern communication technology has been the surveillance state’s Trojan horse.

Better than the best-case scenario is still realistic

The bottom line is that the police state is the antithesis to free speech. And it’s really not that hard to set surveillance back 10-20 years, if we make a few small sacrifices. The more we cut out Big Tech, the more we cut off the government’s information supply, and the less we finance interests that have avendetta against free speech.

In one word, the solution is boycott. This is difficult to do entirely, but its fairly easy to greatly reduce your reliance on Big Tech. And I know most people don’t want to hear that. Most people don’t want to give up their modern conveniences. I’d go as far as saying that most of us don’t even consider Facebook, Google, Amazon, Twitter, Microsoft and Apple conveniences at all, but essentials.

Yes, computers are essential to everybody who doesn’t own an off-grid homestead. But you can still reduce your reliance on Microsoft and Apple. For one, don’t use their browsers. A browser can track all of your online activity. MS Office is 100% dispensable, as well. Libre is open source, which means it’s both free and transparent. You could even get rid of Windows and use Linux, instead. Personally, I haven’t gone that far yet.

I have gone as far as cutting out Facebook, Twitter, Instagram and Whatsapp entirely. Google, too, has been almost entirely cut out. The hardest Google product to avoid entirely is YouTube, because its a powerful research tool with a monopoly on good content. But at the very least, you can cancel your account and use a browser like Brave, which offers Tor and also has built in ad-blockers so you can get ad-free YouTube for free. That also means you’re not using Chrome.

DuckDuckGo is the obvious alternative to Google Search, although sometimes it is necessary to use more than one search engine for research. The point is that its totally manageable, even for somebody like me who makes a living in online marketing.

And I know the #1 excuse is going to be that its futile...that unless everybody boycotts, these products will still exist...that not enough people are going to boycott. But we don’t need to completely destroy these companies, just reduce their income enough to hurt them, to force them to scale down. There’s amass exodus from Facebook and Twitter as we speak. If even half of the country reduces their reliance on Big Tech by half, its going to shake things up.

And you’re not going to accomplish that by talking about what we “should” do. You’ll accomplish it by setting the example, by making the small sacrifices yourself and showing those around you that, look, I quit Facebook and my life has only gotten better since.

Besides, I don’t see how we really have a choice. If we don’t make better choices as consumers, Big Brother is going to get more and more invasive, and you’re going to be less and less free. It ultimately comes down to protecting yourself. If we can’t make these small sacrifices, we’re going to be making some much bigger ones in the near future.

Is social media a good way to discuss politics? A marketing perspective